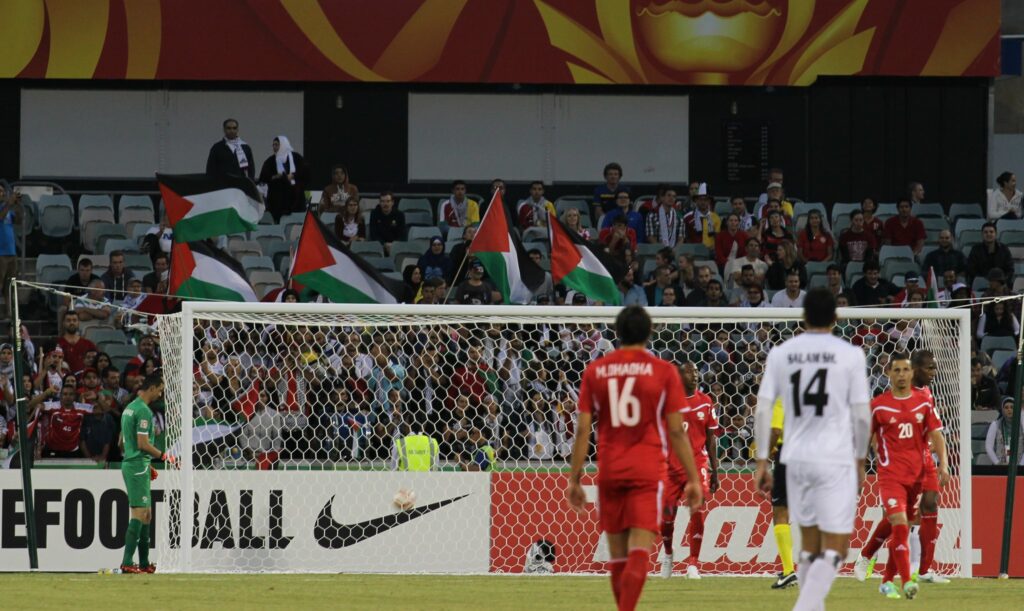 Congratulations to the Asian Football Confederation (AFC) for hosting this event in one of its member countries. It is exciting this is the first time the World Cup will be hosted by an Arab country.

Momentum is building with support for wearing Palestine arm bands among Arab teams—ask the AFC and its members to support this.

Keffiyehs and Palestine flags in the stadiums and on the streets show the strong support for ending the double standards for the Palestinian Football Association.

We have written to AFC telling them now is the time that the AFC hold FIFA and the UEFA accountable to suspend the Israeli Football Association its violations of the FIFA and UEFA statues.

Take one-minute to write to the AFC President Shaikh Salman bin Ebrahim Al Khalifa and AFC General Secretary Datuk Seri Windsor John, and Asian Football Associations that you call on them to stand with Palestine.

Write your own letter

For many years, the Israeli Football Association has been in serious breach of FIFA’s own statutes as they relate to human rights, anti-discrimination, and equality for the promotion of football in a globally accessible and unifying manner.

FIFA has failed repeatedly for many years to address the Palestinian Football Association’s (PFA) documented complaints.

The Count Down is On. It is now the time for the AFC to take the lead given the Palestinian Football Association (FPA) is one of its members.

IFA was kicked out of AFC for its violations related to human rights, anti-discrimination, and inequality, and still the UEFA and FIFA has tolerated these violations for three decades.

This situation warrants the severest sanctions against IFA now. IFA did not learn the lesson because it feels it’s above the law and therefore is emboldened to continue its racism and breach of the rules with impunity. Allowing IFA to sport wash an apartheid state is a stain and embarrassment to all who care about the sport of football.